movement at the station

Hi kids, just when you thought the RIP had finally put on it's fluffy slippers and retired to the bedroom with a nice cup of cocoa for an early night... Another session has happened and thus a new collection of untunes shall issue forth at the appropriate juncture.
Should also point out some of the RIP's music is the soundtrack of a new locally produced film called 'Travis Jenkins'. It's premiering at Wollongong Greater Union on june 17th at 7:30PM.

A slight return tomorrow when ASR gather at Ian's for a new recording session with secret special guest....

and go to bandcamp to hear a rough edit
Posted by Rob at 3:55 PM No comments:

Video to accompany "Impetus" - the 5 minute edit from our last live performace at the ACRA launch.
Posted by Phil at 10:29 AM No comments:

just added Fuse-Release
Posted by Phil at 2:59 PM No comments: 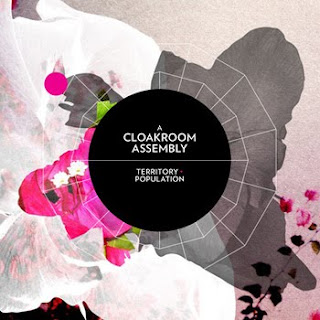 Another day, another Slow RIP gig...

Drove up from Austi with Ebags (Ian) with our gear rattling in the back, got to Abercrombie St but were confounded by the lack of access and parking (which I kind of expected) but also the lack of any sign of life from within the pub we were supposed to be playing in.
Long story short, an hour later we finally got in and loaded our gear into what passed for the beer garden out the back.

The Abercrombie Hotel was probably once one of many classic Sydney pubs serviced by the now demolished brewery next door.. but now, it would be fair to call it a classic inner city dive.
I don't frequent pubs much at all, except to play gigs in them, but I found the Abber's dark, dank, old-beer-smelly interior, lit only by down-lights with red gels gaffed over them, spray canned wall decor refreshingly unpretentious and totally preferable to the usual yuppiefied up-market be-chromed nonsense you find elsewhere these days.

I had a post-performance chillout moment by the pool table completely untroubled by human presence; kind of odd for a Saturday night, really. The weird post-neo-primitive-industro-techno music emanating (not too loudly)from the interior PA between sets was a perfect adjunct to staring balefully into the dimly red lit space with oscillating fan installation.
It smelt like 1989.

A Slow RIP were last to soundcheck and first to play which suited me.
Ian and Phil's wall of keyboards flanking me and my guitar flat on a stand, coffee table with electronic bits'n'pieces.
My set up is different each time I play and consequently takes longer to sort out and then there were the usual last minute technical sound hiccups, the ritual dropping of, falling apart and panicky reassembling of my E-bow.
Shane, who was mixing, did The Business performing his usual cool-under-pressure work for which we thank him once again...

So, the setting: Balmy evening in an inner-city pub beer garden under a waxing gibbous, the constant thrum of traffic, a back drop of gnarly trunks and leafy branches, a sound system on the edge of the void, only a vague idea of what I was about to do and we were off...
45 minutes later we stopped.

It's hard to describe what happens in between, not being a music/performance theoretician.
It is an intense, tightly focused inward journey through landscapes created in sound, which sounds totally pretentious but about sums it up.

It's like we set off as if we're a embarking on a grand family holiday, vehicle full of stuff, heads full of optimistic bravado until we go round a bend and find we're heading up a narrow wreckage strewn back alley to a probable deadend, or finding ourselves winding off-road into 4-wheel drive territory except we're only in a Nissan Bluebird with bald tyres and a shonky diff.
Other times wir fahr'n fahr'n fahr'n auf der Autobahn passing numinous light structures heading into a wide blue yonder, then bewilderingly becalmed in a sonic swamp with only a one legged singing duck for company.. Erm...
Once in a while I opened my eyes and found about 30 people in the audience.. but had immediately to dive back into to the wash to save a drowning siren.. stop stop...

Thankfully these synesthetical reflections don't occur while playing. it's all too linear, sucking us from one moment into the next moment.
Everything needs constant attention, attenuation for continuum continuation, there's no time for sitting back n' grooning to the muzak from a speaker in the shoe rack.

Then it was over, a small round of applause and it's get yer stuff off the stage for Makers of the Dead Travel Fast (and they do)

So our thanks and gratitude to Shane and the other gents who made it all happen..
See ya next time
Rob
Posted by Rob at 10:32 AM 3 comments: